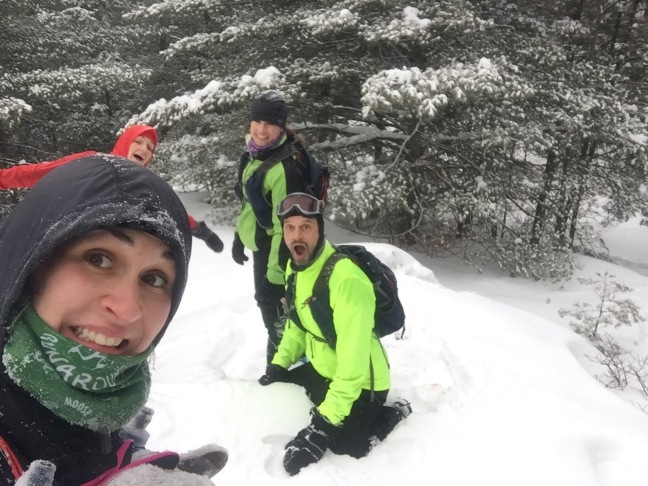 My friend and trail buddy Liz named one of her activities on Strava “Blessed AF” and it really resonated with me. So, this week I’m reflecting on how I’m “Blessed AF”.

I think I’ve always been a bit untameable. I’m a little rough around the edges. I never seemed to know what was “cool” or what the other girls were into or were wearing. I got made fun of a bit as a kid, but since it didn’t get a rise out of me it didn’t really last that long.  My brother has said to me in so many words on many occasions, “You are always so YOU in every situation. Would it kill you to adapt?” He’s the chameleon who can fit in anywhere and with anyone; I’m the aloof, cerebral, and independent one who gets lost in her own thoughts and (usually) bails or (sometimes) goes off on a tear if something rubs me the wrong way. I don’t always know how to interact or connect with people. Someone close to me once told me that I was the most compassionate person he knew, but that I often lacked empathy. It stung a little to hear that, but he really hit the nail on the head.  I’ve always wanted to make sure everyone and everything around me was taken care of and were having their needs met and I can be generous to a fault, but I’ve always had a hard time understanding how other people think or what they are feeling even when I try. Mostly I’ve just done my own thing in my own little world, surrounded by animals and nature. All this is to say, I’ve really only let a few people in to get really close to me.

This has changed over the past year or so. I’m still probably just as untameable – maybe even more so – but I’ve let a lot more people get a bit closer in. I think a lot of that has come from finding a community of likeminded people who can’t seem to be tamed either. I’m drawn to the wild – things, people, and places that are full of possibilities and adventure. I’ve met wild people and we’ve done wild things in wild places and there’s so much more to explore. This week I’ve taken a lot of time to appreciate this amazing aspect of my life.

Friday night was the Rollinsford trail pub run with SIX03 and there was a gorgeous full moon. We ran a 3.5 mile loop along a snowmobile trail and a single track section by a river. A lot of the single track was breaking trail so it was slow going and hard work.  The views were absolutely worth it. Unfortunately none of us had our cameras on it, so I’ll just have to remember how big and orange the moon was as it rose above the river. We came back to North Country hard cider and joined some friends for snacks and a flight. The crew that shows up to the pub run is amazing. There are some “regulars” and those who come every once in awhile, but it always feels like just the right group for the night. Fridays leave me smiling. 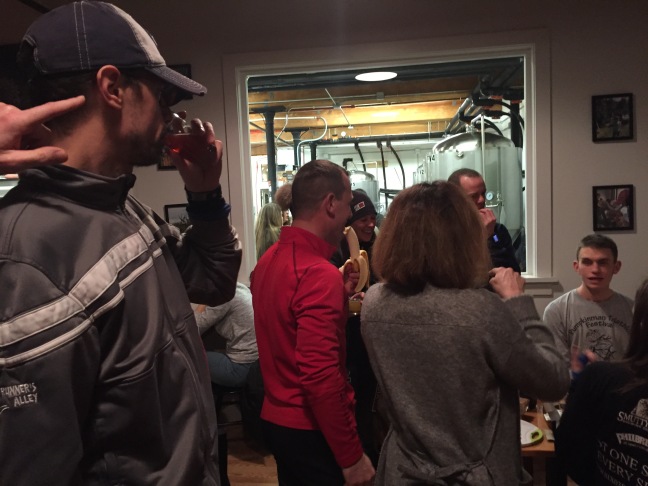 On Saturday a group of us got together to do a 3hr run/hike on snowshoes through some trails in Northwood and up on to Saddleback Mountain. We did a big 8 mile loop, breaking trail for about half of it. It’s hard work to slog through a foot or more of snow in snow shoes!  I kept reminding myself that it was a toughness building run – I’m sure the last 30 miles of the VT100 are going to feel like breaking trail in snowshoes, even if the conditions are dry and perfect! 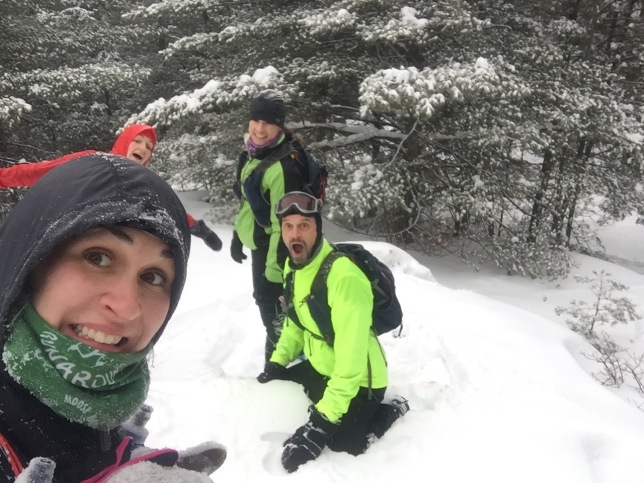 Saturday turned out to be an epic day. By the time we got home and showered from the run it was time to turn around to head up to Alton Bay to visit our friend Scott (who is also running VT100) and go hiking up Mount Major to check out the full moon. Scott’s house has dozens of miles of trails outside his front door. A group of 9 of us and one dog hiked up the mountain in snowshoes. A few people carried up beers and flasks and we were taking sips along the way.  We couldn’t stop too long at the top since it was windy and freezing, but we all opened up a beer and started hurling ourselves down the mountain. I did a mix of running, falling, and sliding down on my butt. Sometimes I was laughing so hard I could barely breathe. We ended up back at Scott’s for more drinks, snacks, and a little jam session. Everyone was sprawled out on the floor stretching, rolling, and chatting about upcoming races and life in general. I got in 5 hours of snowshoeing and over 2400ft of elevation in a single day with great company. It was absolute perfection.

Sunday was the SIX03 2017 kickoff party and I spent most of the event telling new members about SIX03 races, pub runs, and volunteer opportunities. It was awesome to meet new people and get to see who had joined SIX03 this year. I was really happy to see at least six people from the Rollinsford pub run join for this year!  It’s so nice to know that a pub run that basically started because I kept on begging people to come run and drink cider with me brought awesome people into the community. 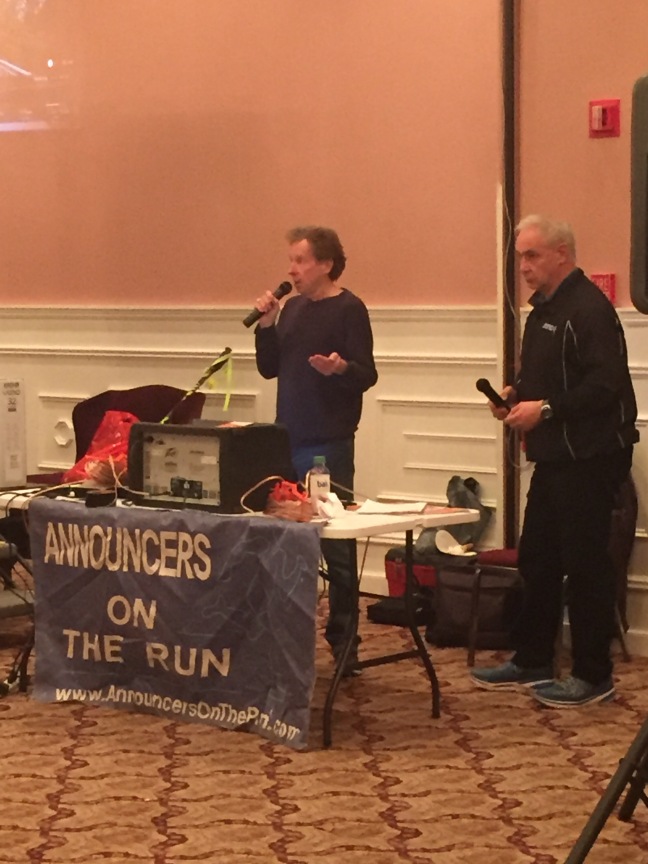 A snowstorm started during the afternoon on Sunday and continued on until this morning. Because basically the whole area  had a snow day, my friend Tom invited some people over to go snowshoeing out on the lake by his house and hang out for the afternoon. I missed snowshoeing with the group, but I was able to go for a quick run to break trail in the cemetery by my house with Tulah and Zorro. They were little musher dogs for the day. They were having so much fun pulling me along through the snow. I really need to try skijoring with them soon! 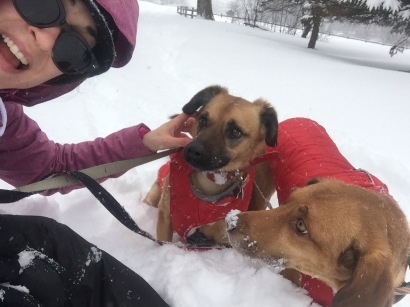 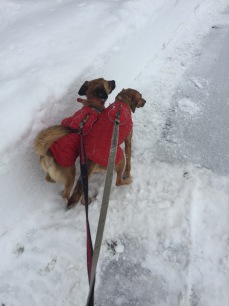 And this is why I’m “Blessed AF”. In a single weekend I did all of these amazing and exciting things with a huge community that has welcomed me and embraced my crazy. The funny thing is that I’ve come to expect that weekends are going to be spent this way. I wouldn’t say joining SIX03 changed me all that much, but it made me much more willing to embrace and share the part of me that has always sought the wild. But, what has amazed me about joining SIX03 is that there is a group of people who are out there seeking the wild too and I am lucky enough to know them. 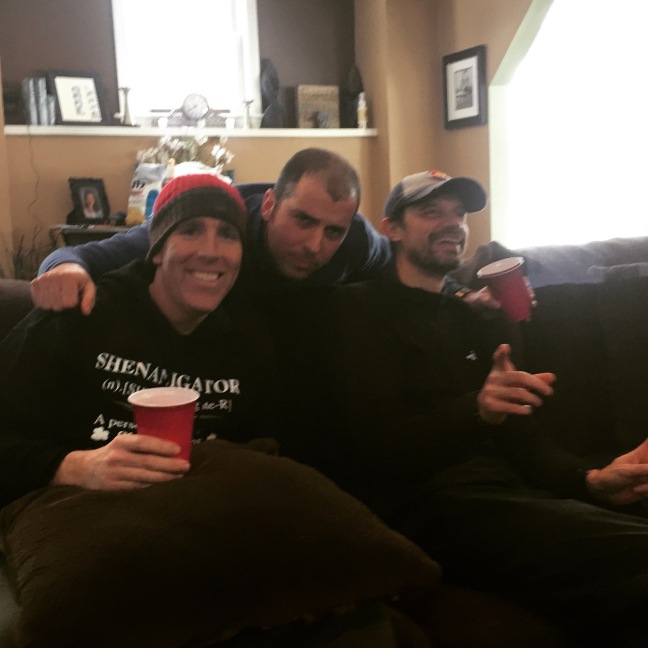