I’ve been thinking a lot about how running has fit into my life for the past 20 years. Sometimes it was an all-consuming obsession, other times it was something I was actively trying to avoid. Either way, it’s always been there.

I grew up on the trails. Even before I joined the cross country team as a 12 year old in 7th grade after defecting from the soccer team, I spent nearly all my time creating forts and trails behind my house so that I could connect on to friends’ properties without having to take to the roads. As often as I could I would pack myself a lunch and some books in a backpack and spend the whole day outside traveling wooded paths, exploring the lifecycle of frogs in the ponds near my house, digging for dinosaur bones (I *really* thought I would find them), and finding the best “reading trees.” If I was lucky, one of the many cats we had as a child would follow me for some part of the journey. I rarely traveled more than a mile from my house, but it felt like I was in another world when I was in the woods.

For a kid that loved spending time outside, I was convinced that I hated sports up until 7th grade. I tried basketball, softball, and soccer like most kids do, but I never really felt any sort of passion for them. They felt confining. I didn’t like the rules, or the waiting, or the need for a field or court. Once I found running, I was hooked. I could throw on shoes and go!

I ran cross country in the fall, alternated between running indoor track and cross country skiing in the winter, and ran distance events in track in the spring. Over the summers I attended running camps and met up with friends from the team to train for the upcoming fall cross country seasons. I saw my teammates nearly every day for 6 years. To this day, they are some of my best friends and the only people I stay in touch with from high school.

It’s becoming quite trendy to talk about “finding your tribe” lately. In many ways, I found them quite young. I knew my tribe were runners from the get go. This all sounds idyllic and out of some TV movie version of what high school should be like. And, yes, there were absolutely wonderful things about finding running and runners early, but the whole time all this was going on I was suffering from a nearly debilitating anxiety and panic disorder. Running kept it in check; racing made it worse.

I’ve been achievement-driven my entire life. If I do something, I’m going to do it all the way.  In high school I was a top runner, a soloist in every choral concert, and top of my class. Most everyone thought I had my shit together. On the surface it definitely looked like I did.

What most people didn’t see was how I would throw up from anxiety before each race, or how I only ate foods that were completely bland (pretty much just white bread and raw veggies) because I was suffering from horrible acid reflux related to a stomach that was constantly in knots.  I had panic attacks at least once a month – often more. Almost all of them came the day before or immediately after a disappointing race. My heart would begin to race and I couldn’t couldn’t breathe. I felt like I was dying. If you’ve ever had a panic attack, you know how exhausting they are. For days you feel like you’ve been hit by a truck and just want to sleep. I had my first panic attack at an indoor track meet in 9th grade and had to be rushed out of the venue by ambulance because, at the time, I really thought I was dying.  Everyone saw that one, but after that they kept on coming. It was like that first panic episode opened the lid on something that had been building up inside me.  I lived and trained in a cycle of recovering from and waiting for panic attacks for almost 4 years and I didn’t let anyone know about how bad it had become.

Just before my 17th birthday Greg, a boy I had been dating off and on in high school who was also a high-achieving track, soccer, and drama star at the school, committed suicide.   The only way I knew how to deal with feelings was to run them out by training, but because I was on the team I was expected to race which just set off a horrible cycle of over-training and panic attacks. I was getting fast because I was running so much, but the looming stress of racing was always there.  A month after Greg’s suicide I was seeded 3rd in the NH 2 mile championship. I had been training well and it looked like I had a good shot of running sub-12min at the race and qualifying to move on to larger meets.  I started the race well and was in 2nd and on pace to break 12min for 7 of the 8 laps. Panic feelings started to hit me in the 2nd to last lap and I imploded. I wouldn’t race seriously again until I joined SIX03 in 2015.

The disappointment from the state meet stuck with me. I ran constantly – two and three times a day. I would run 100 days before I allowed myself to take a day off. By the time the fall of my senior year rolled around I had a stress fracture in my foot and I was having panic attacks once a week. I entered the first race of my senior year XC season and fell spectacularly in the first quarter mile and toughed it out for a PR and 2nd place finish, but didn’t race again.

I fell out of love with running. It seemed to only bring me disappointment and anxiety. For a couple months I stopped running all together, and then I just trained when I felt like it. I did a lot of hiking and yoga. For all of college and graduate school, I ran once or twice a week 3-4 miles at a time. I hopped into a few 5ks, 5milers, and half marathons but I wouldn’t race them. I wouldn’t let myself run faster than 8:30 min/miles.   I trained for two Boston marathons after graduate school, but I didn’t take it seriously. I just went out for the experience and jogged.  I knew what sort of hold running could have over me, and I was afraid of triggering the obsession and panic attacks again.

In 2015 I ended up going through some big life changes and the marathon bug had bit me. Running Boston will do that to you. I joined SIX03 in June 2015 and all of a sudden I was fast again.  I started training seriously and I got even faster. I started winning small races and placing well in larger ones. It came effortlessly and almost as a surprise. 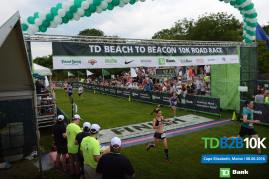 I think what changed was that over the 10+ years I had taken off from really racing was that I had worked on and dealt with a lot of the underlying causes of my anxiety disorder. I never used medication, but I can see why others might want to and should if they are suffering because it is suffering. Every day is hard and scary and full of dread when you’re dealing with anxiety.

I still get worried about the panic and obsession. The obsession is here to stay – I don’t think it ever went away, really, but the panic crops up every once in awhile. It never happens in training – it never did – but racing can give me the jitters. That little fluttery feeling in my stomach and lower back that makes me remember how it used to be. I was getting faster on the roads and starting to see more and more success over the past year or so, but after my last marathon in May 2016 I realized I might be falling down the rabbit hole again. I started getting anxious days before races. I was looking down at my watch every 15 seconds. My goals started to be time-based and place-based rather than based on just enjoying the experience.

So, here I am now. I’m still someone who thrives off of pushing limits and achievement, but I’ve switched my focus to trails and ultras. The atmosphere is more laid-back. Training is exploring. The races are too long to get yourself tied up in knots about.  Pace is relative. It’s about the experience. The gun firing is the start of a journey.

Ultras tap into why I fell in love with running over 20 years ago.  When I think back to my favorite moments in running it’s never the finish line or finding out my time. It’s the stupidly hard workout halfway through a training cycle that makes me question my sanity. It’s the post-run brunch with good friends. It’s the time my friends called me to go cross-country skiing with headlamps the night after a big race. It’s the spectacular views. It’s braving the horrible weather.  It’s getting lost in the woods. It’s about exploring the wild. 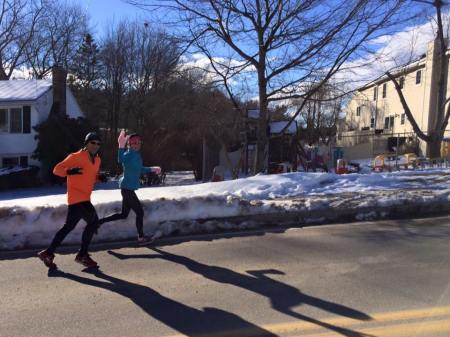 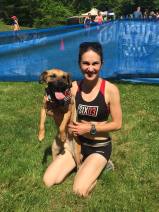 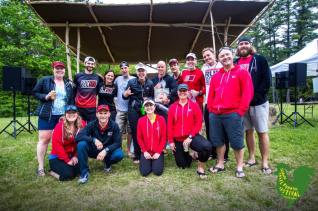 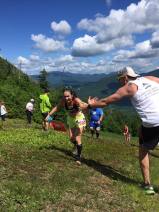 One thought on “How it used to be”